Theresa trained ballet from age 7 with founding member of the Royal Ballet Company, Leo Kersley; she danced leading roles in The Nutcracker and Sleeping Beauty as well as dancing the Blue Bird pas de deux with Japanese ballet star Hideo Fukagawa when aged 16.

Theresa danced at Sadler’s Wells Theatre, London in ballets by leading British choreographer Kate Flatt and in a specially devised ballet by Wayne Sleep, before joining the Royal Ballet School at 16.

In Berlin, Theresa was a founding member of the ‘Berlin Tanz Project’ company as well as dance tutor for ‘Vladimir Gelvan Tanz Schule’ then Principal dancer of the Berlin Opera House. Theresa was also an invited guest teacher for professional dance companies in Munich, Augsburg and Ulm. 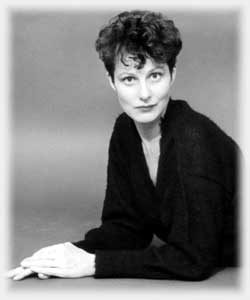 Theresa also engaged in a six year collaboration with the Bayern German Authorities pioneering and delivering a program of ‘free movement’ for special needs young adults.

In Britain, Theresa worked collaboratively with the Educational Consortium as Peripatetic teacher for mainstream Schools in Herts and Essex for Key stages 2, 3 and 4 as well as being a member of the Royal Ballet School ‘Teacher Link Outreach’ program. She continues to maintain her professional development as Ballet teacher, regularly engaging in The Royal Ballet School seminar programs for teachers and follows the Royal Ballet School model of training, having engaged in the teachers' INSPIRE and INSPIRE TO BE program in 2017 - 2019.

Theresa founded Ballet First in May 1999 where she continues to teach and choreograph for her dance students, many of whom have gained places with national vocational dance schools and companies. 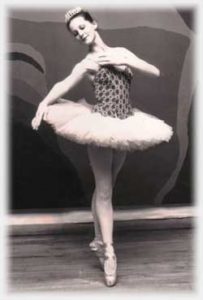